Ads Appearing On Fake News Sites – Should You Be Concerned? 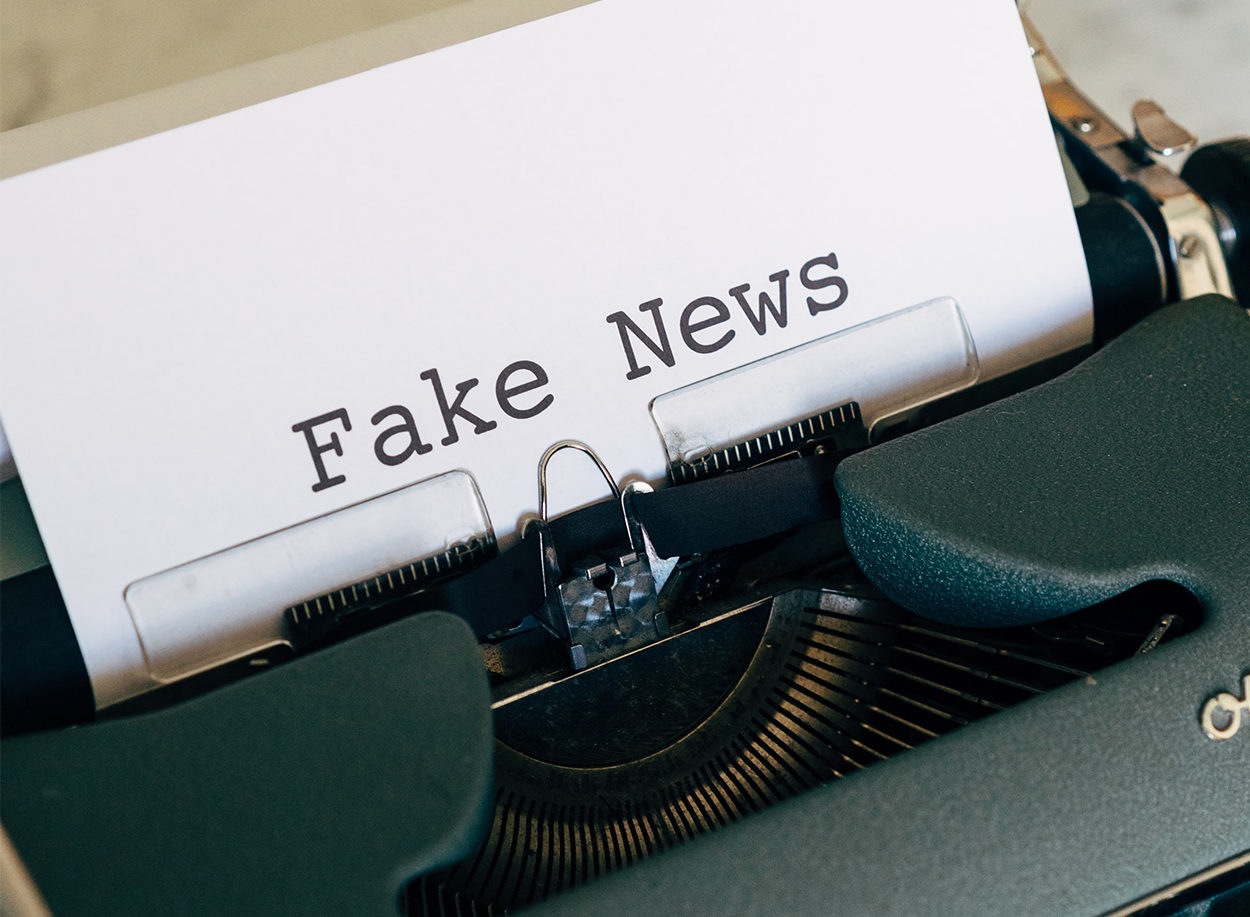 The Times & The Sun’s leading story two days in a row have been all about how ads from charities and government funded programmes are being shown on fake news websites. This has obviously caused outrage and shock, with newspapers claiming that this is costing the public money, as well as arguing that ads appearing on fake news sites are funding and promoting those sites.

Whilst we have stringent checks in place and are vigilant when it comes to where our client’s ads are show, it is an almighty task to prevent ads appearing on fake news sites, especially when new sites are popping up all the time, and so it is a valid concern. So how can something like this happen? Is it as disturbing as it seems at first glance? How can you prevent this?

How This Can Happen

There have been accusations of digital marketing agencies purposefully promoting ads on fake news sites, as it is often cheaper and so gives them lower cost inventory (although this would cause contextual harm). However, we believe that the more likely reason for ads appearing on fake news sites is rather less scandalous and is all about how ad targeting methods work.

When you use broad targeting methods it means that your ads may show up in unexpected place. In AdWords, there are five main approaches to targeting and any of them can land you in hot water if you don’t keep a close eye on them:

This involves showing ads to audiences that have already visited your website or performed an action on your website. However, if a person who visited your site then visits a fake news page (whether intentionally or by accident), then your ad could follow them to that page if there is space to advertise on it. And so, with this targeting method, the placement of your ad is directly affected by where on the web your target user is going.

This method is very similar in that your ad will follow the person (this time based on their age, gender or whether they are a parent or not) and so if you target men between the ages of 35-44 and one of them happens to be viewing a fake news website, then the ad targeting that person could show up on that site.

You can input keywords which then can target either webpages or people with interests that are relevant to those keywords. If you include a keyword that is in anyway related to content on a fake news site (and fake news sites include a wide variety of content, so it is not unlikely that this could happen), then that ad could show on that fake news site.

This will target any webpages that contain content about a specific subject of your choosing. If you choose the Politics topic, then it is possible that your ad will show up on fake news sites concerning politics.

This is the one targeting method that would not be affected by this because if you are choosing specific webpages for your ad to show, then the only way it can show on a fake news site is if you add that site yourself.

Just by looking at the targeting methods, you can see how easy it is for ads to show up on webpages you might not expect or want them to show. But does this mean that advertisers are not responsible for where their ads are showing? Certainly not. There are things that an advertiser can do to avoid, or at least minimise to risk of, ads appearing on fake news sites or other undesirable sites.

What Advertisers Can Do 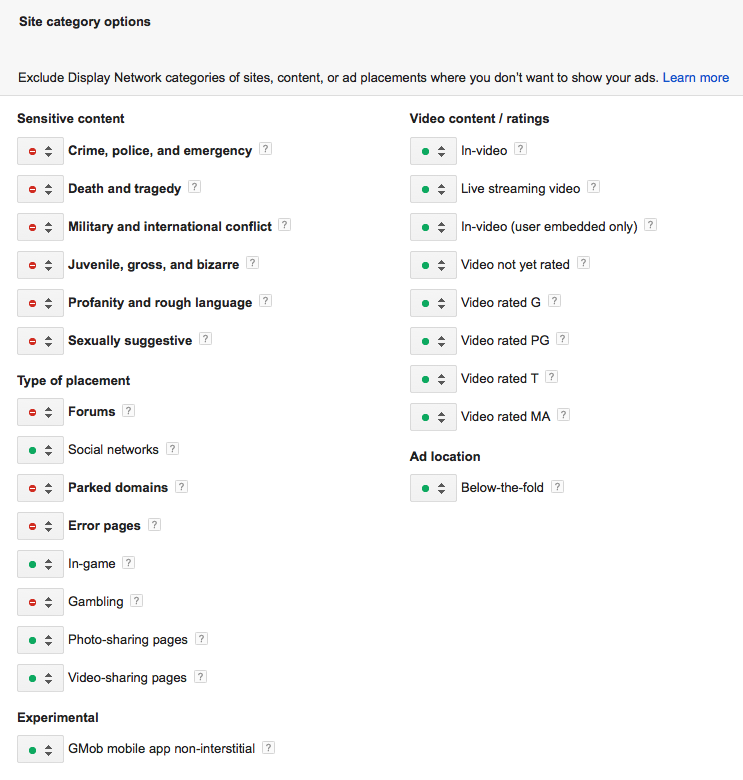 One way in AdWords to prevent your ads appearing on fake news sites and other questionable websites is with Site Category Options. These allow you to exclude sites, content or ad placements where you don’t want to show your ads.

It is easy to forget to utilise these if you are new or unfamiliar with AdWords because you must manually select them after you create your Campaign. Also, they appear at the bottom of the page and the phrase Site Category Option does not make it immediately obvious what its purpose is.

However, once you know about them, they are essential for many advertisers, especially those working with charities and government funded programmes, to make use of. The most important Site Category to consider excluding is Sensitive Content. Excluding options in this category means that your ads should not show on sexually suggestive sites or sites relating to death, crime, profanity, etc.

Whilst this may not specifically help stop ads showing on all fake news sites, it certainly would stop them showing on the more extreme ones or from general sites that you, as an advertiser, wouldn’t want your ads to show on.

Another way to stop your ads showing on unwanted sites is with more specific exclusions based on the targeting methods I mentioned earlier. For example, you can exclude keywords that could relate to fake new, or you could exclude the topic News.  However, it becomes difficult in the case of fake news as excluding topics and keywords relating to news can limit your audience and stop the targeting of relevant people and websites (e.g. BBC or Daily Mail).

Advertisers can also check all their placements to ensure that fake news sites are not appearing. Again though, it is problematic, especially with bigger companies with lots of media spend (which means their ads could be showing on thousands of placements). It seems unfeasible to check every single placement to make sure it is acceptable.

And so, if advertisers can’t 100% guarantee that they can stop ads appearing on fake news sites and other websites, then what can be done? Who is responsible for preventing ads showing on these sorts of sites?

Are Ad Networks At Fault?

This isn’t the first time issues have been raised about ads showing on fake news sites and fake news showing up on other sites. In November of last year, Facebook & Google faced mounting criticism on this, with Google promising “we will restrict ad serving on pages that misrepresent, mis-state, or conceal information about the publisher, the publisher’s content, or the primary purpose of the web property”.

This has been an ongoing problem and one that companies, like Google, have been trying to resolve. Ad networks have a responsibility to continue to improve their restrictions on immoral and unsavoury websites. With these systems in place, the problem is solved at its source and advertisers can feel more reassured.

Very few companies or advertisers would purposefully want their ads appearing on fake news sites or any sites that are untrustworthy or potentially damaging to their brand image, it just doesn’t make sense. It is much more likely a case of companies not restricting or double checking where their ads go, as well as advertising platforms not restricting, or being able to fully restrict, ads from appearing on fake news sites.

However Government funded programmes forget to select ad restrictions or Google finding it difficult to stop ads appearing on fake news sites doesn’t have as much of a ring to it as the newspaper headlines we are seeing at the moment, such as Public cash paying for growth of fake news and Taxpayer cash used to fund fake news as we reveal government adverts appear on dodgy American websites and Are big brands funding terrorism fake news.

Accusations of brands or digital marketing companies purposefully wasting money (even taxpayer’s money) in media spend seem unfair and unsubstantiated. Why would they want to waste money, deceive their employer and damage their brand? For every unethical ad agency that has tried to do this, there are so many others that are doing their job properly, which is to show ads to the most relevant audience.

Sites To Watch Out For

After doing some research, we have compiled a list of fake news sites that you may want to exclude from your Display activity. There are lots of these sorts of sites around, and more are popping up all the time, so it’s good to constantly keep an eye on your placements. However, this list should help give you a head-start and stop your ads appearing on some of the more prominent fake news sites:

If you have any concerns about this or would like some help with your display ads, then please get in touch.