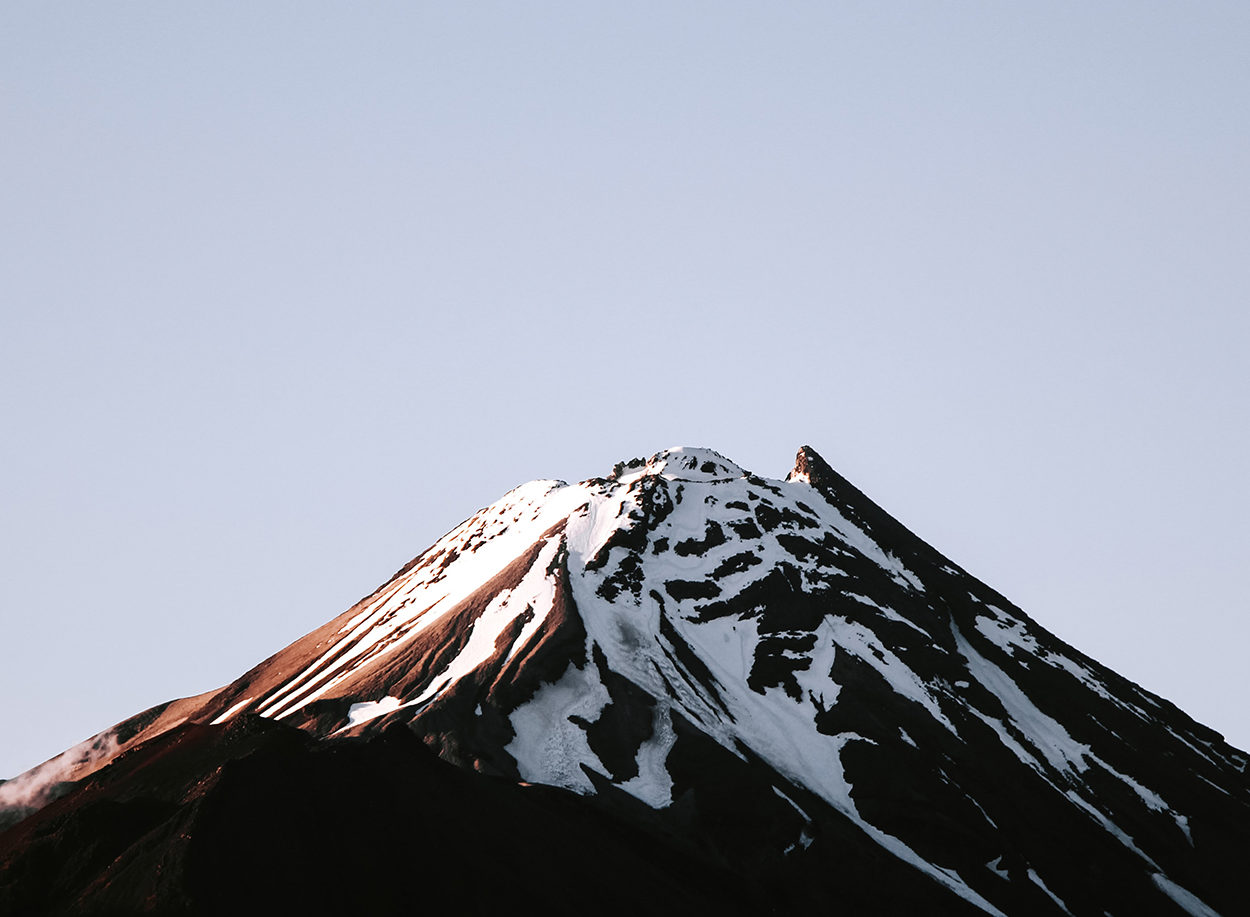 Tuesday 24th May was Google’s big AdWords summit of 2016. This covers all the new AdWords developments that they have coming up over the next 12 months and (slightly) beyond. Our observations from the livestream on changes that are coming are as follows:

Coming just months after the removing the right-hand Ads column (the biggest structural change to the Google Ad layout in over a decade) Google has now announced a 50% increase in the size of each Ad Listing.

This increase comes in the form of a new ‘Double Headline’ and a new 80 character Description box (replacing two lines of 35 characters). During Google’s Beta testing of the new expanded text ads “some advertisers have reported increases in click through rates of up to 20% compared to current text ads”. Since the removal of the right hand ads, there has been a drastic increase in the percentage of 4 Ad listings at the top of the page; even for non-competitive or commercially driven search terms. 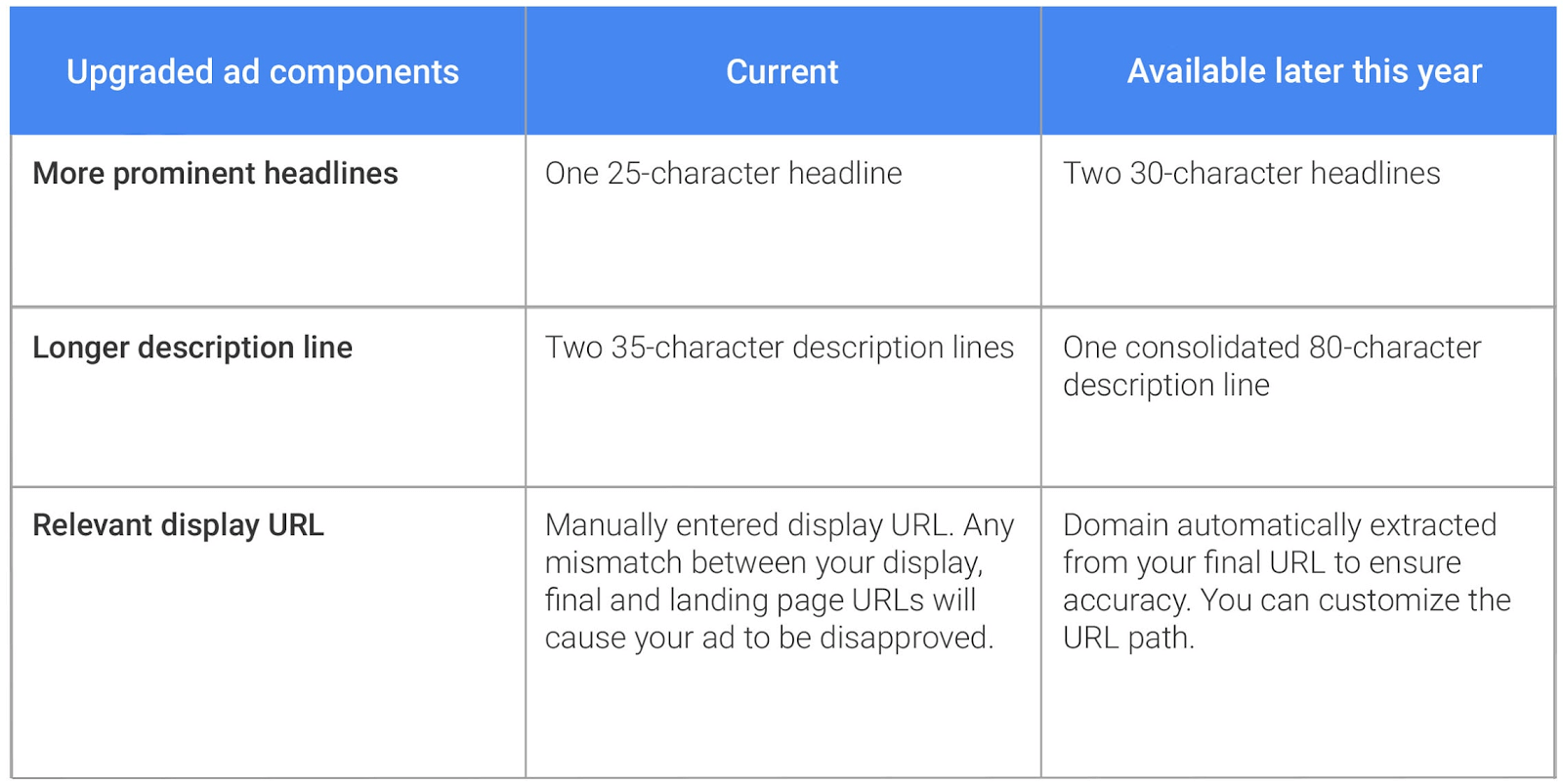 Despite Google pushing a ‘mobile first world’ message for the best few years, the way bidding is conducted within AdWords has remained with a desktop first approach. With AdWords only allowing you to the increase or decrease the mobile bid (and no ability to alter the bid for a tablet device) in relation to the Desktop bid.

We’re starting to see a big variation in the value of a mobile user between each account so this is certainly a welcome change. It will be interesting to see the practical implications of this upgrade and how the new function fits within the existing interface.

Only a few years ago Google introduced RLSAs (Remarketing Lists for Search Ads) to Google AdWords and it is already proving very successful for marketers wanting to target a warm audience.

Building on this Google has now introduced ‘Similar Audiences for Search Ads’. Using existing Remarketing Lists, Google looks for people searching who have ‘similar characteristics’ to the users in your remarketing lists. This then allows you to target these particular users on the Search network. This is already in place on the Google Display Network, and works similar to Facebook’s Lookalike Audiences.

Google Maps now boasts over 1.5 billion destinations and location-based searches now account for nearly a 1/3 of all mobile searches. In fact location-based searches have grown 50% more than overall mobile searches in the past year. This makes it vital for any offline store or service-based business to have a strong presence on Google Maps.
Google’s Summit saw the introduction of 2 new key features to help Marketers:

The first being an expansion on the Google Maps listing. This includes branded pins, the ability to highlight in-store promotions, search in-store inventory level and even check peak-times. This effectively turns your Google Maps pin into a digital-leaflet for any passer-by to look through and be incentivised to visit.

The second being location-based promotions, allowing your ad to appear to a user in Google Maps based on location. Google have been vague on the exact details on how this bidding system will work. Larry Kim of WordStream quotes: “However, the ad targeting here is a bit complicated. Ads show based on queries, but Google is also looking at several other context signals (similar to display advertising), such as personal browsing history, similar users, time of day, interests, and behaviours.” 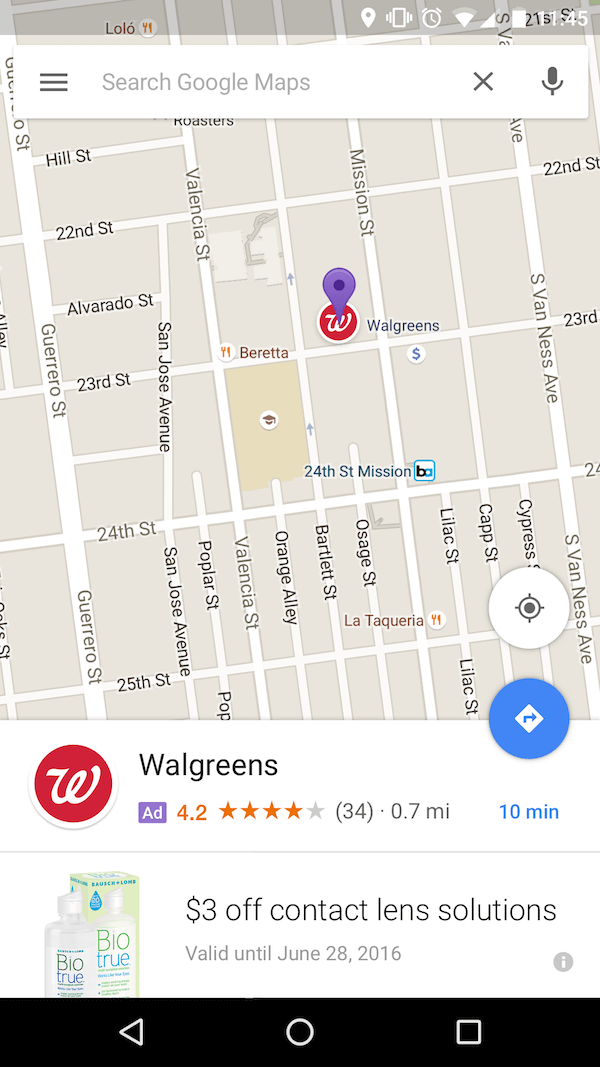 These will be very interesting developments as Google stretches its research and tools to try and place a value on those offline conversions which are otherwise untrack-able for an online marketer.

Both these developments are exceptionally exciting to us and we expect to start utilising these new tools for our clients.

Google also announced the extension on the available reach of GDN remarketing campaigns, to now include access to the Cross-Exchange inventory for both AdWords and DoubleClick accounts. In Google’s statement they announced that:

Google opening this network to just Remarketing Lists seems like the best move forward to test its effectiveness and quality compared to its own Display network. Remarketing is the most-effective form of Display Marketing and the most likely to result in quality engagement. So if this warm audience does convert well across the new network it is likely that Google will look to extend this to their other Audience Targeting.

The Google Summit also announced the introduction of new responsive ads for display. These new display ads will “adapt to the diverse content across the more than two million publisher sites and apps on the Google Display network (GDN)”. Providing just a headline, description, image and URL, Google will create a responsive ad which allows you to “unlock new native inventory so you can engage consumers with ads that match the look and feel of the content they’re browsing” 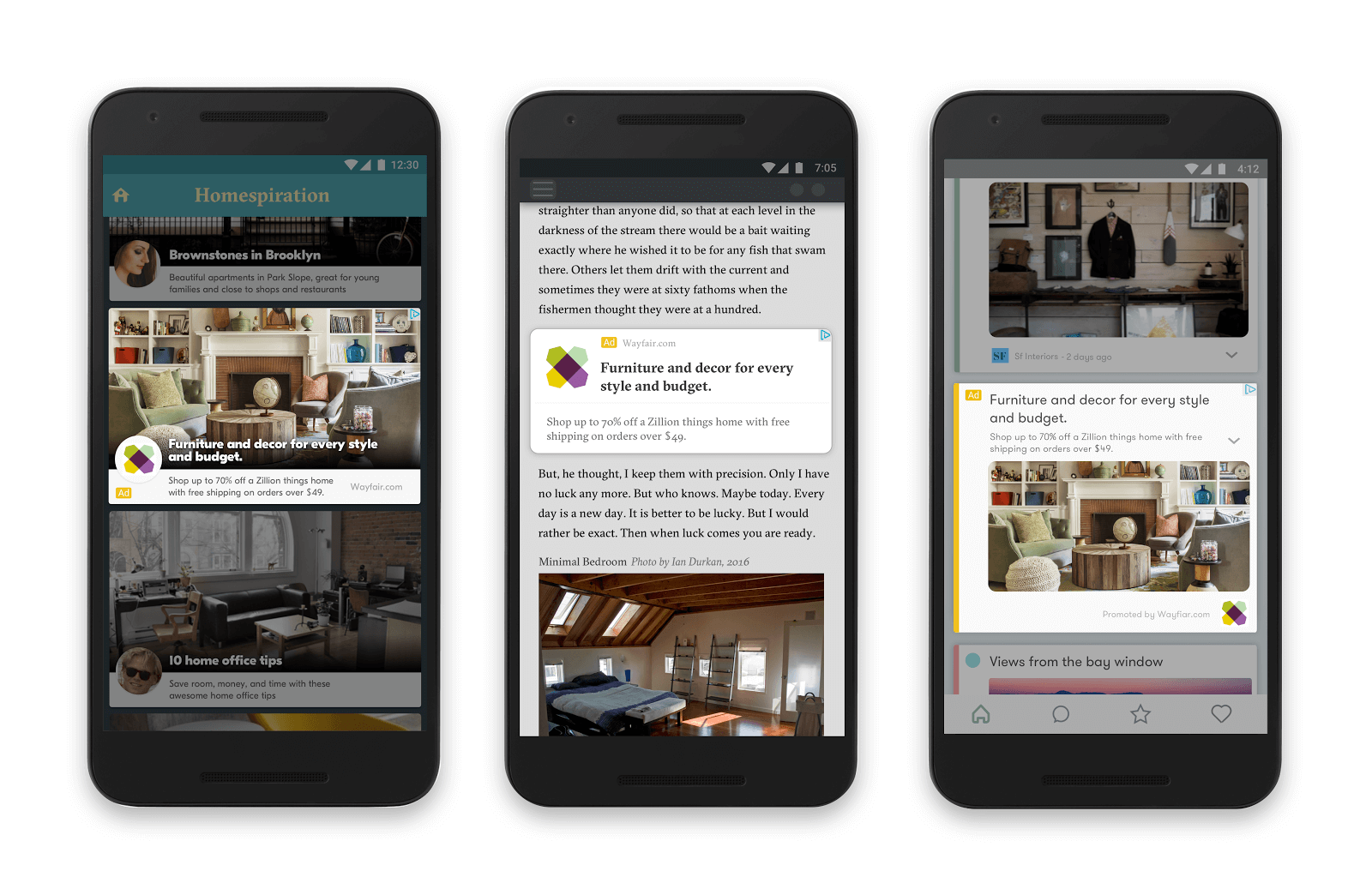 As you can see from the images above, the styling of these new responsive ads for display looks clean and sleek and is a worthwhile new ad format to their expanding inventory. We’re hoping that this new format will help improve the speed and cost of production for image ads, which is often a stumbling block when looking to extend your marketing to the GDN.

We will continue to monitor the effects of these changes over the coming year. As usual with Google, these announcements come months before the actual changes get implemented, and we will keep clients up to date of the changes as they happen. We will also be in touch with clients who we believe will be affected or may see an opportunity from these changes. If you would like to discuss these changes, or any of their implications on your account please don’t hesitate to contact us.