Crisis is the national charity for homeless people, aiming to end homelessness for good. The charity helps people out of homelessness through education, employment, housing and well-being centres.

The iconic ‘Crisis at Christmas’ campaign has run since 1972 and helps Crisis provide warm meals, shelter, support and companionship, with the aim of helping homeless people take their first steps out of homelessness.

While Crisis’ campaign had seen massive growth in recent years under the leadership of Catalyst, its digital Christmas campaign needed to cut through in an increasingly crowded period in fundraising.

Crisis, Catalyst and Uprise Up were keen to build on the success of the 2018 campaign, by increasing reach and costs. The charity wanted to achieve more ambitious targets while developing a robust and comprehensive testing model to evaluate the activity and be used as a template for any future activity.

Our approach began with building in-depth supporter profiles from the existing data we had. This helped us to improve landing pages to make the donation ask more effective. We also used Campaign Manager to understand the audience touchpoints with different channels, meaning we were able to build effective attributions models.

Machine learning improved audience targeting and the creative selection against each audience, while interactive campaigns such as Twitter polls and Instagram stories were developed to build engagement. Remarketing was then effectively deployed to reinforce the giving message.

We used a sophisticated testing and reporting model to extract key learnings from the data. 20% of total spend was focused on testing, finding new opportunities, and vastly improving the performance of previous campaigns.

Facebook activity was significantly increased as we discovered it performed highly against the most effective audiences.

The campaign was a huge success, delivering the objectives it set out to achieve, and helping Crisis to attain the highest number of online donations for their Christmas campaign to date.

As well as providing detailed analysis and learnings from our testing throughout the campaign, we were still able to achieve a significant increase in donations and revenue compared to the previous year.

YoY increase in revenue - by Channel

We also achieved sizeable reductions in the cost per acquisition/donation across all channels, not only from 2017 to 2018 (when we started working on the campaign) but from 2018 to 2019. 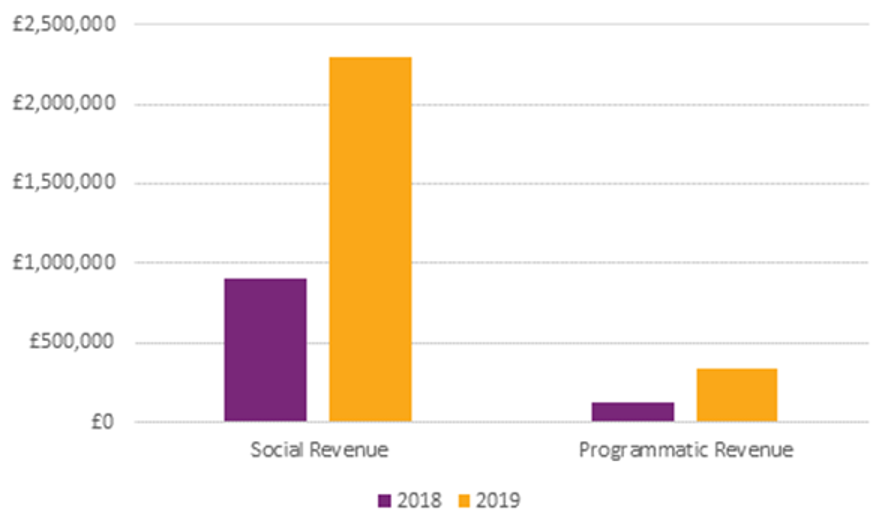 YoY improvement in Cost Per Acquisition (CPA) - by Channel 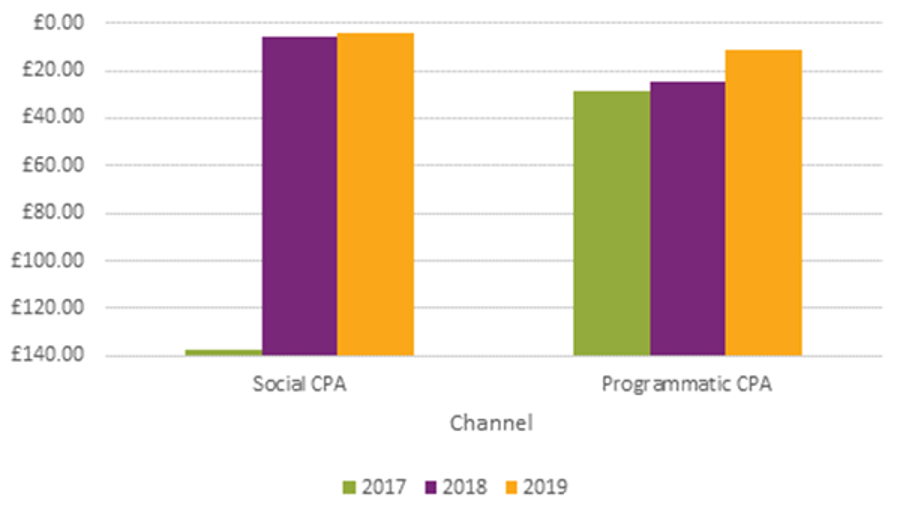 The team at Uprise Up, working alongside Catalyst, have worked with us on multiple different digital campaigns, helping us evolve our digital marketing performance and capabilities. A highlight has been the contribution to a record Christmas fundraising campaign through display and social where Crisis attained its highest ever amount of online donations. It’s always a pleasure to work with Uprise Up who do their utmost to provide a professional, proactive, diligent service.