Google seem to have misplaced more data, but this time it’s the big fish. Today, AdWords suffered a major reporting error causing data to not be shown in the AdWords interface from noon. For those worried that their ads have not been showing since that time, you will be relieved to know that we have tested our ads on the Search Network and they are still running as usual. However, whether this missing data in AdWords is recoverable or not is still in question.

If you wish to see the issue for yourself, jump into AdWords and segment your campaign report by hour of the day, you will likely be greeted by the same results as those in the image below, normal results in the morning, low (and sometimes even impossible) traffic in the afternoon. 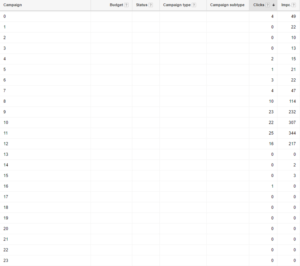 It has not been a good few weeks for Google, with Tag Manager containers mysteriously disappearing in late May. Those containers were restored to their rightful place within a day, and we can hope for a similar result here, but the frequency of data leaks is concerning. For a company who prides itself in its reporting capabilities and who, in 2011, received 96% of their revenue through AdWords, a loss of reporting data of this magnitude is disturbing.

One of our Marketing Executives, Robyn, asked about the issue, and got this response: 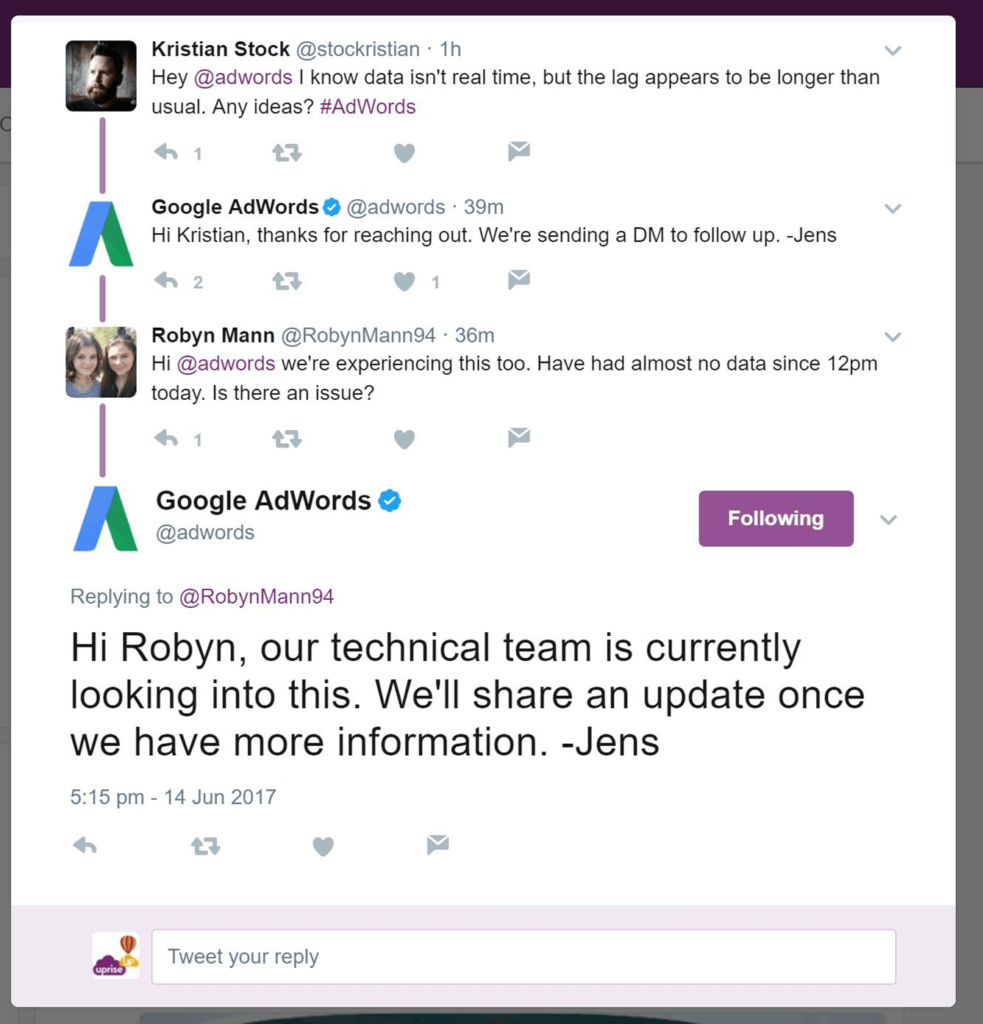 Whilst there has been no official statement from Google about this missing data in AdWords, the Google AdWords twitter team has since responded to a further inquiry from twitter user @stockristian stating that the issue has now been resolved:

We have checked our accounts and there doesn’t appear to be any missing data in AdWords from yesterday, which is a relief. Also, all AdWords data from today seems to be up to date, which hopefully means that everything is back to normal!