The large Facebook Ads boycott dominated the news this month and was widely covered in the mainstream press. Read on to find out more, along with other pieces of news from July.

If you want to check out last month’s round up you can view the summary here. Here are our highlights from the past few weeks.

Organised by Stop Hate for Profit, a large number of organisations paused their investment in Facebook advertising in July. Their stated aim was to ask Facebook to: “stop valuing profits over hate, bigotry, racism, antisemitism and disinformation”.

It’s worth mentioning that Facebook themselves responded, defending their practices in various articles and press releases. Their position is quite clear, in that they are not in a hurry to change how they operate.

Despite all the noise, it looks like Facebook’s finances saw minimal impact from this. The sheer scale of Facebook’s reach means that, although plenty of companies changed their behaviour, they were far outnumbered by those that didn’t take any action. Of course, some businesses rely on such advertising to be successful, and simply couldn’t afford to change.

It will be interesting to see what the future holds, especially as it seems the negative PR against Facebook is building momentum. The big question is, will Facebook ever change?

Microsoft announced a new initiative to make over 320 million stock images available to advertisers. Shuttershock has a huge variety of images, which will shortly be made available to use for free within Microsoft Ads.

There are two use cases outlined initially. Firstly, for advertisers participating in the Microsoft Audience Network beta. Secondly, for use in image extensions in search ads.

This is exciting, particularly for smaller advertisers with limited creative budget. Having such an extensive library offers many options and should cover most scenarios. While images will not be branded, the barriers to entry for advertisers using these features will be removed.

Image extensions are a particularly notable feature, as the increased impact they give to text ads is huge, and at no extra cost.

This update will be rolled out from now, beginning in the USA and UK. 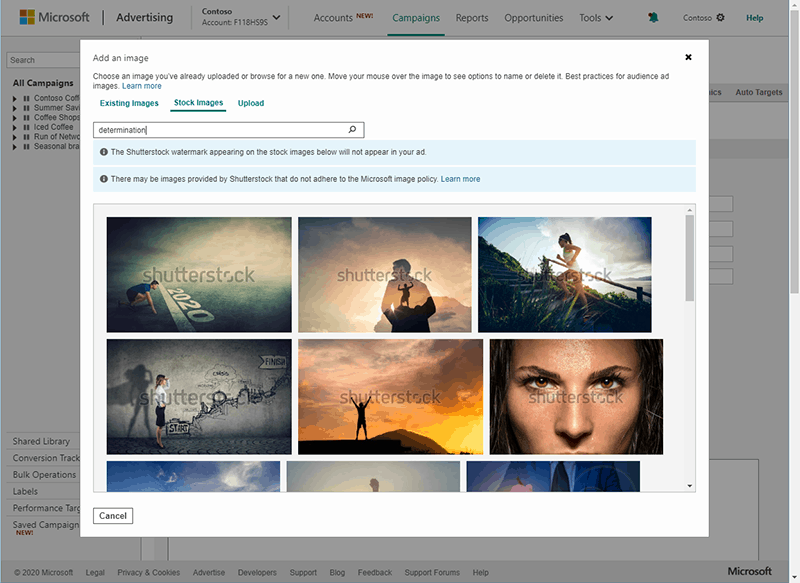 Google started beta testing these ads last year, and recently announced that they are now available to all.

These interactive ads are visually impactful, allowing users to rotate and zoom the product shown, with enhanced creative opportunities.

While interactive ads are not new, this announcement makes it much easier for advertisers to jump on this bandwagon. Display & Video 360 is already a popular tool, and so we forecast a large uptake in the short-term. 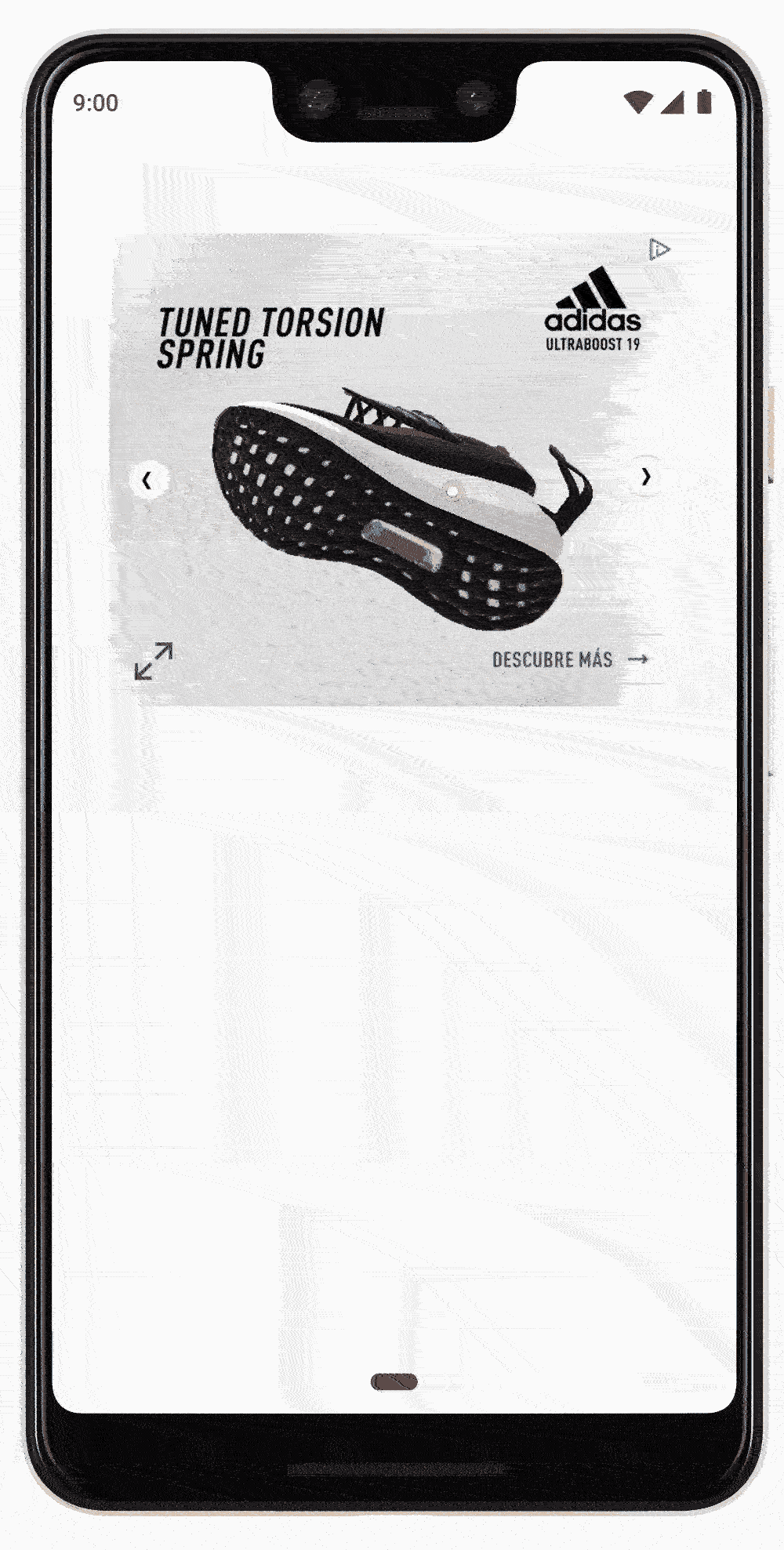 New tests have been spotted, where text headlines in Google have been made even larger.

Nothing further has been announced yet, but it is another sign that ads will continue to take up more results page real estate, pushing organic listings further away from the user.