September was a busy month for social channels with Facebook and TikTok in the political limelight. While changes to Google’s Media spend implemented in August and changing Search term reports are going to have the most notable effects on advertisers.

In August Google announced that as of 1st November an additional fee is going to be added to all media spend within the UK. In essence, Google is passing the tax burden imposed on them by the government onto advertisers. The feel will be 2% of any ad spend before VAT. Advertisers will have to make the decision whether to keep spending at the same level and therefore incur this extra cost, or whether to reduce budget by 2% to negate the difference.

The Facebook- Cambridge Analytica data scandal that erupted after the 2016 US Presidential election, highlighted the echo chambers present on the social media site and their role in catalysing political polarisation. Therefore, it comes as no surprise that Facebook have taken new steps to protect the 2020 US Elections and minimise misinformation. 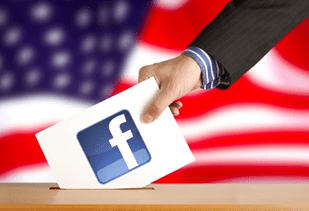 The social media giant have stated that they will not accept new electoral, political or social issue ads in the final week of the campaign due to lack of time in contesting claims. However, advertisers will be able to continue running and editing ads that started running prior to 26th October. These steps are unlikely to have a significant impact on the election campaign and on advertisers. Nonetheless, will these measures be drastic enough to protect Facebook’s reputation from further criticism of political involvement?

Google announced that the search term report was going to be reduced to only showing terms a ‘significant’ number of users searched for. The reason given for this was privacy, which is odd to say the least, since they have held no concerns around this up to now.

The effect this will have on accounts is major. Early investigations have shown that on average Google now hides search terms spending around 28% of your budget. That is a huge amount of data that we can no longer interact with on a search term level. Automated strategies will still have full access to this data, and we find it hard to discount this being a move to not only incentivise Google’s automated systems even further, but also to make it actively harder to manually manage campaigns. 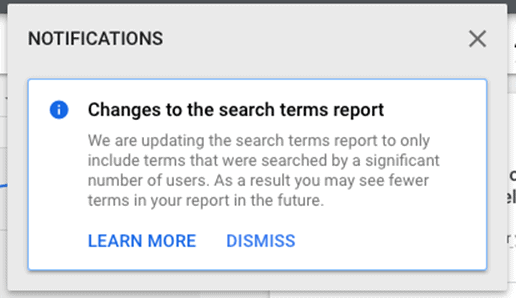 It’s been well evidenced that the American president, Donald Trump, has accused TikTok of being a threat to US national security. Despite this, a deal has been arranged with investors Walmart and Oracle under a new entity, TikTok Global. However, there has been backlash from Chinese state media, denouncing the potential deal as “dirty and unfair”, which could lead to the deal not being struck.

The impact of this is yet to be fully realised in the UK, however, if a deal isn’t struck, a ban could still be imposed on TikTok in the US. While a ban in the US would not automatically lead to a ban in the UK, it cannot be ruled out. Security concerns led the UK government to backtrack on the roll-out of Huawei’s 5G technology in the UK. Therefore, restrictions on other major technology connections with China (such as TikTok) may well come into place in coming years.

A TikTok ban in the UK would be disappointing for advertisers, with many companies still yet to explore the benefits of this relatively new advertising platform. 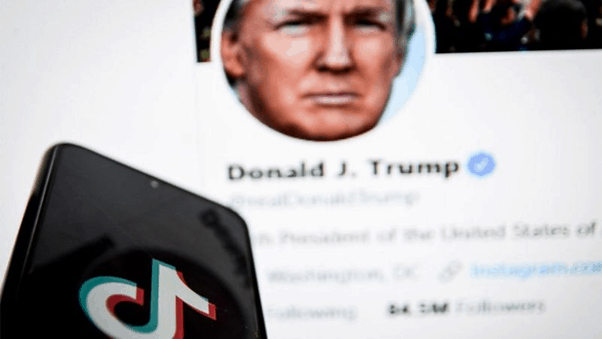 Facebook updated their rules on text in ad imagery to remove the 20% threshold. Whilst there has no formal statement issued by Facebook, the guidance to advertisers has been updated to merely advise them to keep text ‘short, clear and concise’ as best practice. The abandonment of the 20% text rule is not going to make a significant difference to the way advertisers use Facebook, however it does give more flexibility if required for specific campaigns.