What happened in the world of SEO in June?

Despite a continuing pandemic, SEO trundles on. Here’s our June round up! For regular updates on the worlds of digital marketing and upriseUP you can sign up to our Monthly Newsletter.

John Mueller confirms use of historic data for rankings

John Mueller confirmed in a hangout session (go to 21:25) that Google can and does analyse historic data from your website for rankings. Mueller gave examples of how this is put into play, using links, the adult SafeSearch Filter, and search signals collected over the years. This means any changes to your rankings are not always derived from immediate actions, they can be influenced by a build up of activity on and around your website over a long time period.

This has been theorised forever but now we have confirmation – and it’s valuable knowledge for everyone.

Google have released their spam report for 2019

Self-explanatory. The 2019 Webspam report. This report gives us an idea of what Google has been doing over the last year to combat spam. This generally includes investigating trends, working with webmasters and engaging with the search community.

Spam continues to be an issue, with Google stating they discover more than 25 billion pages of spam every day. No mean feat. That means there’s a lot of content out there of low value, that disrupts search results and can prevent users from accessing the content they need and deserve.

On a more positive note, hacked spam has stabilised since 2018 (though we have hacked content issues crop up in recent months). Search Console can warn you about this, so Google is continuing to help counter this problem.

Google took to Twitter to confirm it’s been experiencing indexing issues. The problem was preventing new content from appearing in search results, with stale content being favoured instead.

It’s been argued by many that this indexing problem may have been in place since the May update, though we’ve not seen this issue across any of our clients. It seems to have been resolved but is worthy of note.

Certainly noteworthy. Google are implementing a new feature to help fact check and prove the authenticity of images that show up in search results. This feature is visible across select images and appears as a ‘fact check’ label under thumbnail image results. 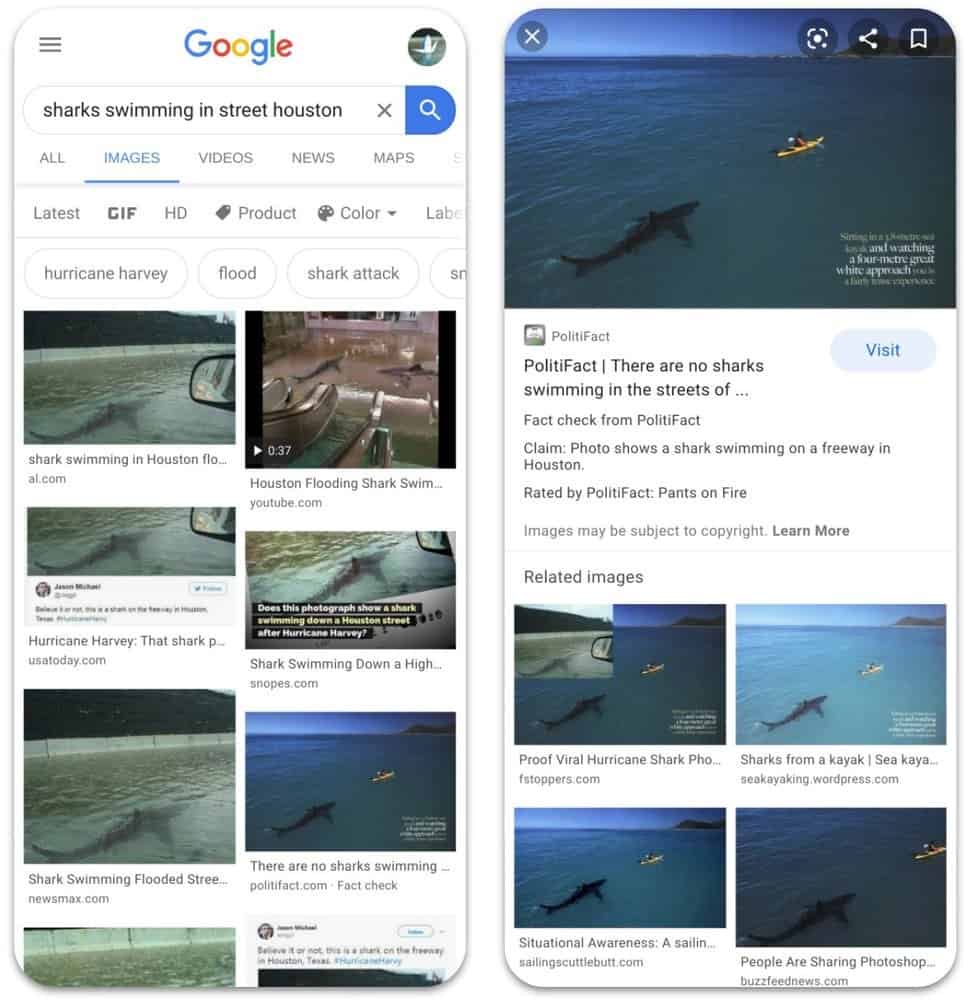 The Sources where this feature is shown also use ClaimReview Schema, which tells search engines when content is about fact checking.

It remains to be seen what the SEO impact is, as rankings are not affected by this change, but this does highlight the importance of providing trusted content

John Mueller has doubled down on this: guest posts or contributed content should be marked up with ‘nofollow’ tag. Many in the community have complained but Google has maintained this position for years now, in fact Mueller claimed this practice has been in place for so long that Google normally knows to ignore these links. So Guest Blogging for links isn’t an effective strategy anyway.

Following this announcement SEMrush found themselves in hot water this month over accusations of selling links in their guest blog section. They’ve since removed the service in question but denied any wrongdoing.

Bing has been busy, developing and publishing new Webmaster features to help websites gain better insight to their performance. One of the features announced through Twitter is in Backlink Tools. Within the backlinks section, you can now see link data for your competitors, or ‘similar sites’. We now have a free tool that lets us see link data from competitor sites. Finally.

Additionally, Bing Webmasters than released a new site audit tool. The tool crawls your site and checks for any technical issues that need to be fixed. The aim of the tool is to ensure the ease of use and accessibility of your website. The report itself, is broken down to errors, warnings and notices, making prioritisation an easier process.

On To The Wider World Of Search

The antitrust argument rages on

Google remains under fire as competitors continue to be consulted by authorities as part of the ongoing investigation into their anti-competitive practices.

DuckDuckGo has been a longstanding and vocal critic of the power that Google wields. They’ve reportedly been speaking with the U.S. Justice Department. DuckDuckGo CEO Gabriel Weinberg has explicitly stated that U.S. authorities are seeking to curb Google’s dominance in the Search arena.

In fact, from this Summer when a new android device is set up you will be presented with an additional step: the chance to select what you want to be your default search engine (options depending on the country you’re in). This is a subtle, yet important move towards other Search Engines gaining more visibility in the market.

Sridhar Ramaswamy once headed the Google Ads team. It seems he’s getting ready to unveil his latest endeavor; a direct competitor to Google – Neeva. Neeva is a subscription based search engine, that will not be populated with any ads.

Most striking about this move is that it will be subscription based – sans tracking and data mining. Despite the lack of tracking it claims it will still provide a personalised experience. It remains to be seen how this bold move will compete with the giant he helped mold.

If there was anything else that happened in June that caught your eye, feel free to tweet us at upriseUPSEM, email us at hello@upriseup.co.uk, or simply send us a message through our contact page. We’d love to hear from you.